A football tournament between departments of the Gestamp factory raised over £1,200 for the Teenage Cancer Trust.

The event was organised by Berry Recruitment, which has an onsite division at the automotive giant.  The tournament was held in the name of Stephen Sutton MBE, the charity activist from Burntwood who died from cancer in 2014.  He became a well-known blogger and fundraiser and millions of pounds has been raised in his memory.

The seven-a-side tournament, which had eight teams of mixed Gestamp and Berry Recruitment employees, was held at the Cannock Cricket and Hockey club.

Andrea Constable from Berry Recruitment who organised it said: “It was a very competitive tournament and everyone got stuck in.  We were blessed with great weather and because of the cause everyone  was keen to help and make it a great occasion.  I have raised money for the Teenage Cancer Trust before and it is a charity that does wonderful work .

I'm sure the other departments would like an opportunity to get revenge on the winning team.”

The tournament final was between ‘Logistics’ and ‘Quadrant Point’, with ‘Logistics’ coming out on top with a 3-2 win.

Gestamp employs around 1,000 workers in Cannock and Berry Recruitment is responsible for the 300 to 350 temporary staff. Berry Recruitment has more than 30 branches across England and Wales and anticipates a turnover of over £70m this year. 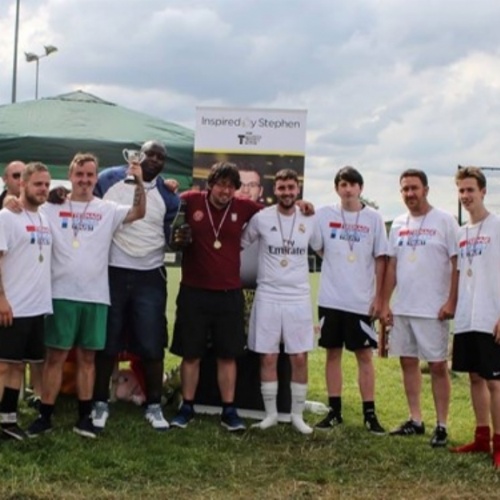